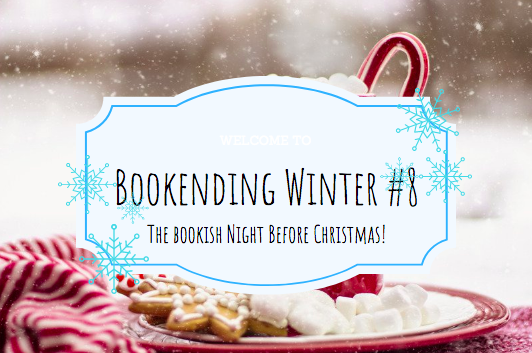 Merry almost Christmas guys! I can't believe it's only in a few days! (Which means I'm turning 21 in only a couple weeks! 😱) But for BW #8, I decided to try and write my own bookish version of The Night Before Christmas by Clement Clarke Moore! It's definitely not perfect, but I tried to weave in as many well-known fandoms of books I've actually read as I could, and I think it actually turned out pretty cute! So, without further ado...

Twas the night before Christmas and all through the library,
not a book was stirring, not even a dictionary.
The waffles were set by the chimney with care,
in hopes that the dregs soon would be there.
The Coveys were nestled all snug in their beds,
while visions of a Christmas Cookie Bonanza danced in their heads.
And Katniss with her bow, and Peeta with his bread,
had just settled down in their cave of a bed.
When up on the roof arose such a clatter,
the characters woke up to see what was the matter.
Up to the window Tris ran in a dash,
hoping a gun wasn't the cause of the flash. (too soon? 😳)
The moon was reflecting on the fresh snow,
Illuminating the strange sight that she saw below.
When what to her confused glare did appear,
But a guy on a sleigh, and eight things that looked like deer.
Kitty bounded up all lively and quick,
took one look at the old dude and said; "It must be Saint Nick!"
Quicker than a Swift the reindeer came, and he whistled and called out their names:
"Now! Dasher, now! Dancer, now! Prancer and Vixen,
On! Comet, on! Cupid, on! Donner and Blitzen;
To the top of the wall; now dash away all!"
So up the library the reindeer flew, with a sleigh full of books, and fandom merch too.
Mare turned her head, and all the characters followed suit,
to see Saint Nick come down the chimney wearing bright red, and big black boots.
The bundle of books was flung on his back, and they gathered around to see him unpack.
His eyes were all twinkly, and blue like the sea,
And his cheeks were all rosy and filled them with glee.
He filled the stockings with art prints and candles and bookmarks, oh my!
For his old age, he was surprisingly spry.
He turned and explained; "I've brought you new friends, and new worlds to explore! But please try not to get killed (again) for some are even more dangerous than yours."
Then he placed a book in each of their hands,
and out popped new friends, who told tales of their lands.
Saint Nick smiled to himself, seeing their joy.
For he remembered the importance of reading when he was a boy.
He left them to get acquainted, while he readjusted his cap,
then jumped back up the chimney with a loud snap.
The characters rejoiced, for he gave the best gift, though it may seem small:
the wonder of stories, to be shared with all.
Saint Nick took the reins up on the roof, and they vanished out of sight with a poof!
But they heard him call as they floated out through the night,
Merry Bookmas to all, and to all a good night! 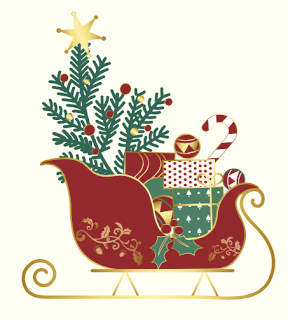 Six of Crows
To All The Boys I've Loved Before
The Hunger Games
Divergent
Red Queen
Can you find the references to all of them? 😉

So that was my probably-not-the-best-written parody, but I've never written one before, and I only gave myself like one day to work on it so I think all things considered it isn't too bad. 😂 But I really hope you liked it! Comment below and tell me what you think!


All credit goes to the authors of the images.