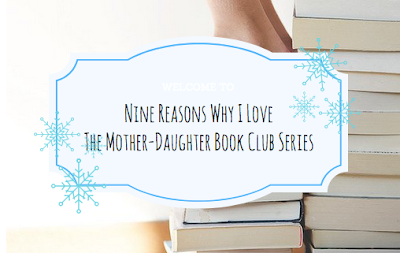 Hey book nerds! I know I've "mentioned" this series in a few posts in the past, but today I decided to put a whole actually coherent post together at all the reasons why this is one of my favorite series. And hopefully convince you to read them maybe... 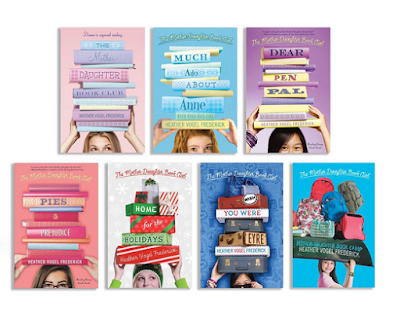 1. The writing style of multiple POVs.*

*I'm sorry the points are in such tiny print, I tried to fix it, but blogger hates me apparently.

I love how each chapter is in each main character's perspective. For some books, that kind of setup doesn't always work, but it's perfect in this case! We get to see a look into each girls' home life outside of the book club, and the author really did a good job of using this writing style to develop each of their personalities.

Jess is the shy one, who is very intelligent and excels in math and science, but also is a great singer and loves music. She lives on a farm and has a deep love for animals. Especially goats, which is important in the books, but I don't want to spoil anything.

Emma is the ultimate bookworm. She loves reading and writing; probably because she is influenced by her mom, who is a librarian and founded the mother daughter book club, and her dad who is a freelance writer and aspiring novelist. Both of her parents are obsessed with Jane Austen and named both of their kids after characters from her novels, and their house is filled with books in every room!

Cassidy is sort of the "jock" of the group. She hates reading; she'd rather spend all of her energy focusing on sports, especially hockey, which she loves, and she's a total tomboy, much to the dismay of her mom, who used to be a model. She's tough and sassy, and loves playing pranks on people.

Megan loves fashion and dreams of creating her own clothing line one day. She sketches clothes all the time, but her Mom disproves of those goals she has, because she doesn't like anything impractical. Megan is kind of the "stuck up rich girl" because she used to be friends with Emma when they were in elementary school, until her family became rich and she starting hanging out with the popular girls at school, mainly Becca.

Becca is like the "queen bee" at their middle school and doesn't get along with the rest of the book club at first, but later they all learn how to become friends.

So, as you can see, they might be a little stereotypical, but I like that even so, with the way they are written, it's easy to find a little bit of yourself in each of them.
My favorite characters are Jess and Emma, but especially Emma. I love how she's such a bookworm and her whole family believes books are sacred. I love how she's a writer and can easily find inspiration in her own life for her stories and poetry; that's so much like me. 😊And I'm a lot like Jess because I'm shy and I love music, though I suck at math and science, unlike her. 😂

3. Great parents with actual unique personalities and are interesting characters themselves and are actually around and involved in their kids' lives!

The parents are one of the best things about this series! The moms mainly, obviously, since it's the mother-daughter book club, but the dads' are awesome too! (Be prepared for dad jokes galore.)
I love all of the cool jobs they have, which plays a lot into their personalities and their relationships with their daughters.
Emma's mom is a librarian and her dad is a writer, which I mentioned above, so Emma's love of books and Jane Austen is greatly influenced by them.
Jess' mom is an actress, which influenced Jess' love of singing and getting into theater, and her dad is a farmer, where her love of animals comes from.
Cassidy's dad loved sports like she does, his death before they moved to Concord and her mom being a former supermodel has caused tension between her and her family, since she now feels like the black sheep of the family since she isn't into girly things like her mom and older sister are.
Megan's mom is described as a "health nut" and is an extreme environmentalist, and doesn't believe in anything impractical, like Megan's love of fashion, which causes them to butt heads a lot, though Megan's dad seems to be a little more understanding. Megan has a Chinese-American heritage, so that also comes into play in the books, which is cool.
And then there's Becca's mom, who is kind of a pain to everybody, but some of the things involving her provides for some of the comic relief. 😂 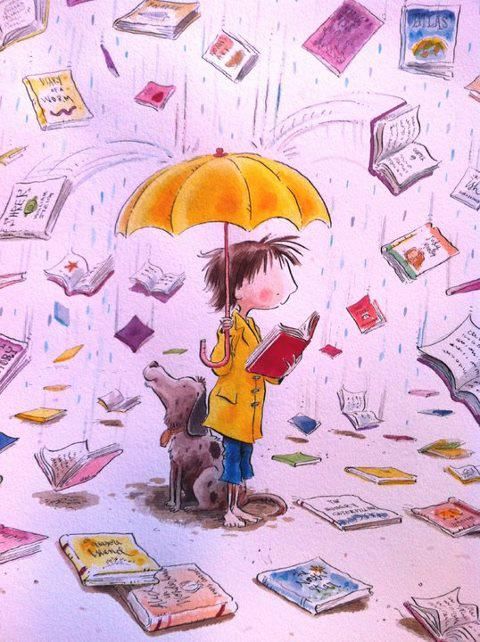 I LOVE how a series about a book club actually exists! They make me really want to actually read the books they read in the series, even though they're classics. Literally that's the only reason I forced myself to get through Jane Eyre, because I figured if Cassidy of all people like it, then maybe I will, too. Also, I just wanted to feel all scholarly if I actually finished it, which I did. 😊
I also love how there are quotes from the book they are reading before each chapter in each book, and I love reading about how each character takes away different things from the books they read, just like in real life! They find a little bit of themselves in the characters, and in turn we find ourselves in them! It's like...BOOKCEPTION! 😵

Guys! There is great food appreciation in here! In one of the books, Megan's grandmother opens up a tea shop themed after Pride and Prejudice! And Cassidy's mom eventually has her own cooking show, which the book club girls help out with occasionally! And there's always book-themed snacks at their meetings, and in one of the books they have a progressive dinner, where they each take turns eating a course at each of their houses in one night, and then there's holiday scenes like Thanksgiving and Christmas that the characters spend together, and UGH JUST ALL THE FOOOOOOD!!!! 😍

6. The power of family and friendship!

Okay, this is incredibly cheesy, but it's a middle grade, so what do you expect? But I love it! Because it is really important, and I love the development of the girls and how they learn to accept each other despite their differences.
7. Sass.

There is so much sass in this book! Mainly from Cassidy. 😂 But I love how she doesn't take any crap from anyone, and sticks up for herself and her friends, and she won't let anyone talk bad about them or herself. This can result in some revenge pranks and other shenanigans, which end up getting the book club in lots of trouble with their moms, but is very entertaining for me. 😂

8. There's a little bit of history appreciation since it's set in Concord, Massachusets.

The setting definitely adds a lot to this series. It was cool to see a little bit of history appreciation, since the series is set in Concord. There's a scene where some of the dads and brothers of the book club take part in a Revolutionary War reenactment, and in the first book, they read Little Women, so of course they have to take a tour of the house where the Alcotts grew up, since it's right there in Concord! 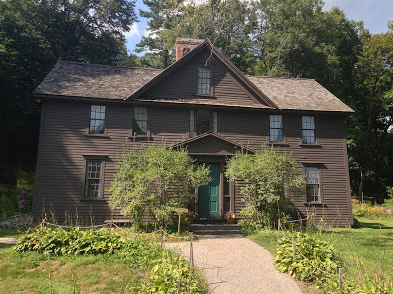 Which is awesome since it's history AND bookish appreciation! What more do you need! 😄

9. And finally, you can appreciate it at any age.

Really, you can! In the first book, they are in 6th grade, but in the last couple of books they are in high school and have boyfriends and are learning to drive! And in the last book they are summer camp counselors right before they go off to college, so you really see how much they grow from the first books to the last ones. I really felt like I was growing up with them as I read them, and I know I'm not going to want to read the last book when they go off to college and get separated, because I'm not gonna want to let go! 😭

These books are just so good you guys! I feel like I know them; like they're actually real! I remember one time I saw this really cute bookish thing I think on Etsy or somewhere (it was probably Jane Austen related) and I thought, Oh, Emma Hawthorn would love that! And then I remembered: She's a fictional character! Oops.

SO that's my crazy long post about how much I love this series! Don't you want to read them now? Maybe?? Please??? 😍

Anyway, what are some of YOUR favorite series that make you just want to curl up in a fuzzy blanket and reread forever because they are your best friends?? 😜

I'll see you back here on Tuesday!