Top Ten Tuesday-Books I Liked But Can't Remember Much About 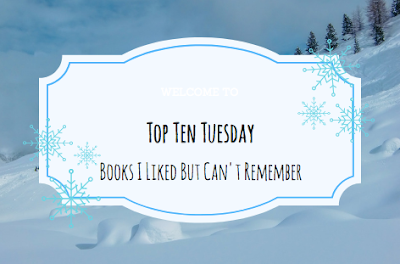 Hi guys! That Artsy Reader Girl is back with another Top Ten Tuesday and this week we are talking about books we really liked, but can't remember much about, so let's get started! 😊

First on my list is To Kill a Mockingbird by Harper Lee. I read this for high school when I was like 14, and I remember liking it, but I don't know exactly why. Probably for the same reasons everyone else likes it so it became a classic? I don't remember. 😂

This was on the Battle of the Books list when I was in 6th grade, and the only thing I remember about it is there's something about zeppelins (obviously, it's on the cover) and mythical islands in the sky and weird creatures and I think it was like a steampunk fantasy? (This was way before I started caring about genres.) And I know I liked it, but as soon as I was done I decided I would probably never read it again because it was exhausting. 😂 It was 544 pages! And it was on the middle school list! I'm pretty sure it was NOT a middle grade book. I was totally capable of reading at a higher level, but I just wasn't used to reading books that thick at 11 years old and by the time I finished it (which felt like it took me forever) I was just so done. 😂

Every Soul a Star by Wendy Mass is one of my favorite books. But, I can't remember exactly why? (Most of these books on this list is more that I can't remember why I liked them, not necessarily that I couldn't remember what happened in the book itself. I think I'm pretty good at remembering books, but I don't remember how they made me feel. 😕) Anyway, this is a middle grade book, but I think I read it when I was like 14 or 15? I think it was one of the first books I read that had multiple POVs, so maybe that's one of the reasons why I liked it? I liked the characters and the plot I guess. It's about three kids whose lives intertwine during the event of a solar eclipse, and I liked the friendship theme and I appreciated the scientific stuff in it, even though I'm not that into science.

This is kind of like Princess and the Pauper (or Prince and the Pauper, I guess is what it really is. I'm thinking of the Barbie version. Ha ha. 😳) except the "pauper" knows she really is the true princess in disguise who was hidden to keep her safe, and another girl is on the throne in her place as a decoy. The princess gets tired of her life as a commoner so she takes things into her own hands to claim her throne and apparently she gets to the palace and the "decoy" believes she actually is the princess so it's kind of awkward? I don't know, I'm basically going off of the Goodreads blurb. I read this when I was like in middle school and I remember pretty much nothing. 😆

I think I read this when I was around 15 or 16, and I really loved it, I think because I saw a lot of myself in Lily? I know there were other reasons I liked it too, but I don't remember much. I liked the movie with Queen Latifah and Dakota Fanning too, even though it's a little different.

I must have read this when I was like, 9, but I don't remember anything about it. I know I really liked it, and I was proud of myself for finishing it because it was like 300 pages and I was still used to reading Magic Tree House books. 😂 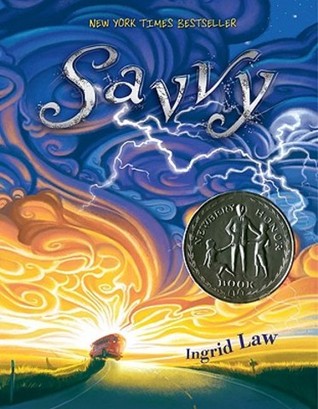 I LOVED this book! I think I read it in middle school sometime, and I know it was really popular among all my friends when it came out, but I literally only remember like, two scenes. 😔

I read the rest of the series when I was older, but my fourth grade teacher read this book (and the second one I think) to our class. I know it was really good, but I only remember like one random scene at the end, and waiting the whole time for an actual dragon to show up. (There wasn't one.) 😂

This came out when I was in middle school, and I planned on reading it, but I don't think I ended up getting around to it until I was like, 16. 😂 It has something to do with this girl's family who lives on an island and her family and a bunch of others end up taking in a bunch of foster kids from the mainland so their school won't close down or something? And the main character thinks she's unlucky? I don't know, that's all I got. 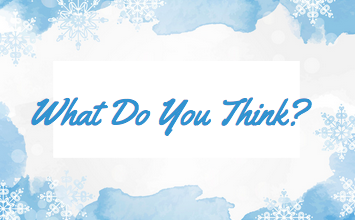 What books have you liked that you can't remember? Did you like any of these books? Should I bother to reread them? What do you think? 😄