Hi Book Bloggians! Today I am doing another survey! This one is hosted by Andi's ABCs and The Book Addict's Guide. 😊 Again, I am not going to answer all of the questions, but I hope you enjoy! 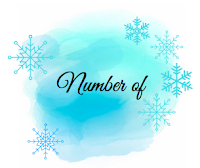 Number of…
Number of books rated… 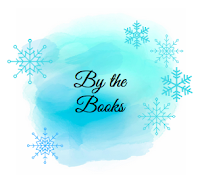 Well the farthest away I went on vacation this year was only like a four hour drive away for Thanksgiving, and I read part of these two on that weekend but I was mostly busy with other stuff since it was the holidays.

Ugh, Jane Eyre. It took me like three months, but I wasn't reading it every day. I started it in September but I didn't finish it until December, but to be fair I also had Nanowrimo in November. It was such a struggle to get through, but I stuck it out because I wanted to challenge myself.

Uprising. I have been talking about this soooo much lately so I will try not to repeat myself too much but this historical fiction was the first book that actually made me cry real tears during it and I love Jane's character development and it's all about feminism and empowerment and rights and just UGH YOU NEED TO READ IT!

I don't know, I gave Red Queen five stars, but for some reason I feel like that might be too high? But I'm not even sure WHY I would want to bring it down. Like there's really no reason I can think of why I don't think it deserves it. And four stars seems too low, and I could go for half stars but 4.5 doesn't really feel right either? UGH I'm so torn!

I like never reread books, but last year I started keeping a list of books/series I would want to reread someday, and these ones made the list. (for all of them except for All the Light We Cannot See because it's a standalone, I want to reread the entire series of them)

Not this particular book, but the first book in it's series, Steelheart. It's one of my favorite books and I read it for a competitive book club type thing for my high school and I loved it and I just have a lot of great memories reading it.
Redeemed and Uprising by Margaret Peterson Haddix, and Safe House and Sanctuary by Meg Cabot. (2 by each) 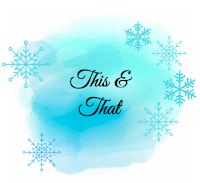 Alosa's sass just made me laugh so much. I LOVE her!
Saddest:

The ending to this book made me cry so much! 😢

Longest & shortest…
According to Goodreads the shortest is Millie's Reluctant Sacrifice by Martha Finley at 201 pages, and the longest is Disney in Shadow by Ridley Pearson at 576 pages.
Longest:

I have multiple one-word ones, so I just picked a random one.
Shortest:

I swear this is the very first book in my entire life that I've actually read within the year it came out. And even then I barely made it. It was published in June and I read it in December. 😂
Longest:

I honestly have no idea. So this is my best guess. It came out in 2014 so maybe I got it around the time it was published? I really don't remember. But I think I got a majority of the books I have that I haven't read yet in 2014. Oops. 😳😂

This was sadly so boring to me. For a time travel book, there was zero action, and everyone just stood around talking the whole time and never actually did anything.
Pleasant Surprise:

I can't stop talking about this book! The cover makes it not look like much, but trust me, this book is heartbreakingly amazing!
I kinda feel like I "abandoned" Divergent, because I was just so ready to be done with the series by the time I finally got around to finishing Allegiant this year, but I still enjoy faction inspired merch so...😂
And I think I definitely joined the Red Queen and Snow Like Ashes fandoms! 😄
According to Goodreads, the least popular book I read was Millie's Reluctant Sacrifice by Martha Finley, and my most popular one was Jane Eyre by Charlotte Brontë. But if we're just talking YA, I would guess my most hyped one was probably Red Queen, and the least I think were probably Safe House and Sanctuary by Meg Cabot. 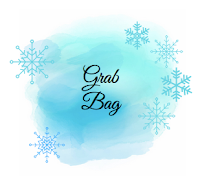 The closest I could get was W.

I'd be lying if I said anything else, but I tried so heard to enjoy this book. I really did. But WHAT KIND OF PROPOSAL WAS THAT?! 😑

This was just the year of historical fiction for me I guess. 😂 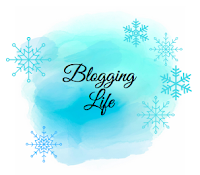 Spring TBR/2017 Reading Challenge
The Mark of the Dragonfly by Jaleigh Johnson
Top Ten Tuesday-Books I'm Looking Forward to in 2018
All the Light We Cannot See by Anthony Doerr
64. Yikes. I need to up my game this year!
Like, four. Five if you count the review I did of the live-action Beauty and the Beast, which is a movie. 😳 But hey, this was my first year. I will get better, I promise!
Ha ha. All of them! 😂

How was your 2017 for blogging? Did you just start out this year, like me? What were your favorite things that happened in your bookish life this past year? Let me know in the comments! 😊