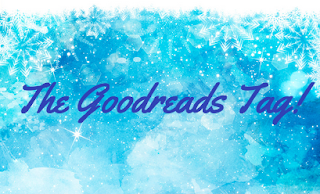 I got my raspberry hot chocolate with four giant marshmallows ready and I am all set for my blogging day. I’ve seen a lot of fun book related tags on YouTube and I have always wanted to try one, even though a lot are probably outdated now. But I don’t care. I think it’s a great way to share more out myself and my reading habits so, without further ado, today I decided to do The Goodreads Tag because I am on Goodreads literally all the time. 😜


So the first question is: What was the last book you marked as read? 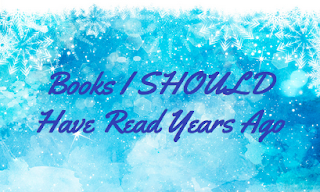 I meant to write this post last night but it was getting really late and I kept getting distracted
because, you know, writer problems. 😜 So, I finally am getting around to it today so I
thought I’d share with you my top ten books I should have read already, which took me
forever to narrow down to only ten because there was a LOT.

My friend has tried to get me to read this when it first came out, but I was so buried under my TBR, as I always am, and I just threw it to the bottom of my list because I was more focused on older books I haven’t read yet to consider reading it. I have heard that a lot of people like this series and my friend loved it, but it as been stuck at the bottom of my TBR pile for three years now, and I really want to read it, but it may be another three years before I can get to it, who knows?

Most Anticipated Movies of 2017 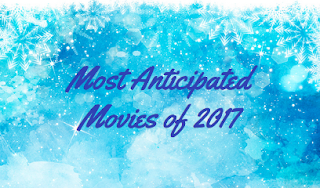 Hey guys! Sorry it has been a little while since I’ve posted, but life gets in the way sometimes and I had a hard time deciding what topic to post about today, so after giving it some thought, I decided to go with my second love, movies!
Here is a list of my top five most anticipated movies for this year.


I’m not too big into the whole Marvel franchise, but when the first Guardians of the Galaxy came out I tagged along with a friend who was seeing it and I actually really liked it. I think this part of the Marvel Universe was easier for me to get into because it was the first in the series, so now that the second installment is coming out, I’m actually interested in it. Plus, if I’m being honest on the real sole reason I’m excited to see this…Baby Groot…BABY GROOT! The adorableness!!! Need I say more?

Books I Really Want to Read but Don’t Have Yet 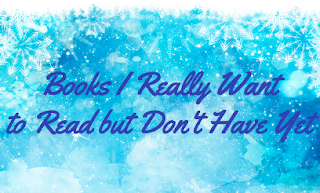 Today I am extremely bored and I wish I could read, but sadly all of my books are in boxes because we are in the process of moving, so I can’t read them!!!! D: (I know, it’s tragic!)


So since I can’t read, I decided to write about my top ten books that I don’t have and I am desperate to read and would buy a copy of for myself if I wasn’t a broke college student. :P 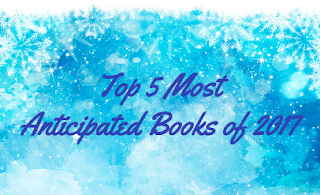 
Today I decided to talk about my most anticipated books of this year…not like I’m actually going to get to read any of them this year because I am currently being squished under my TBR pile. D: (Seriously, I don’t think I even own any books that I haven’t read yet that were published after 2014, that’s how behind I am.) :’(
Anyway, a girl can dream right?


This book tells the awesome true story of Grace Humiston, who became one of America’s greatest crime fighters in a time when women weren’t involved with murder investigations, she was appointed as the first female U.S. district attorney in history, and was the first female consulting detective to the NYPD, according to the description on Goodreads.
You go girl!
A book about a real life American female Sherlock Holmes? Um…Yes, please! :D (Plus, this book was just published on January 3, which was my birthday, so of course that makes me want to read it more.) :)